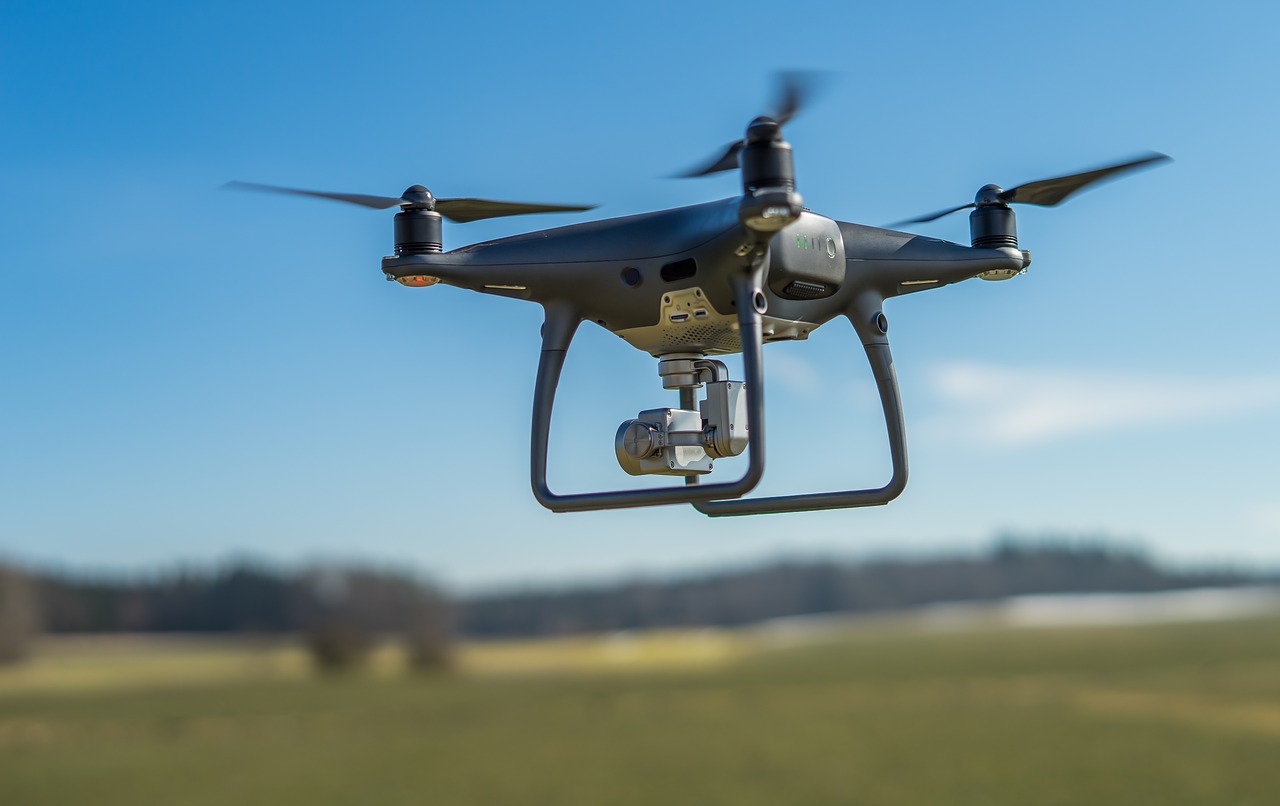 Do you watch any of those incredible wildlife documentaries that feature wild animals chasing one another or those Hollywood productions filled with lighted city scenes? If so, you can thank a drone for seeing such wonderful footage! Is it any wonder home users like to capture great shots and do footage on their own? The more popular drones are becoming, the more affordable they’re becoming to own and to use.

What Is A Drone?

Traditionally, “drones” have been associated with the military. However, it’s also been synonymous with Unmanned Aerial Vehicles (UAV) or Unmanned Aerial Systems (UAS). These describe remote-controlled (RC) or aerial machines that are autonomously programmed.

There are new cases of drone use all the time. This leads to the increase of drone jobs and the expansion of the drone industry to keep up with the need for drone-related work.

Because of the incredible advancements in the technology of drones, owning a UAV unit is more cost-effective and accessible than ever. Because of all of this, the UAV community is flourishing. Today, it’s exciting to own a drone and work in the drone space. 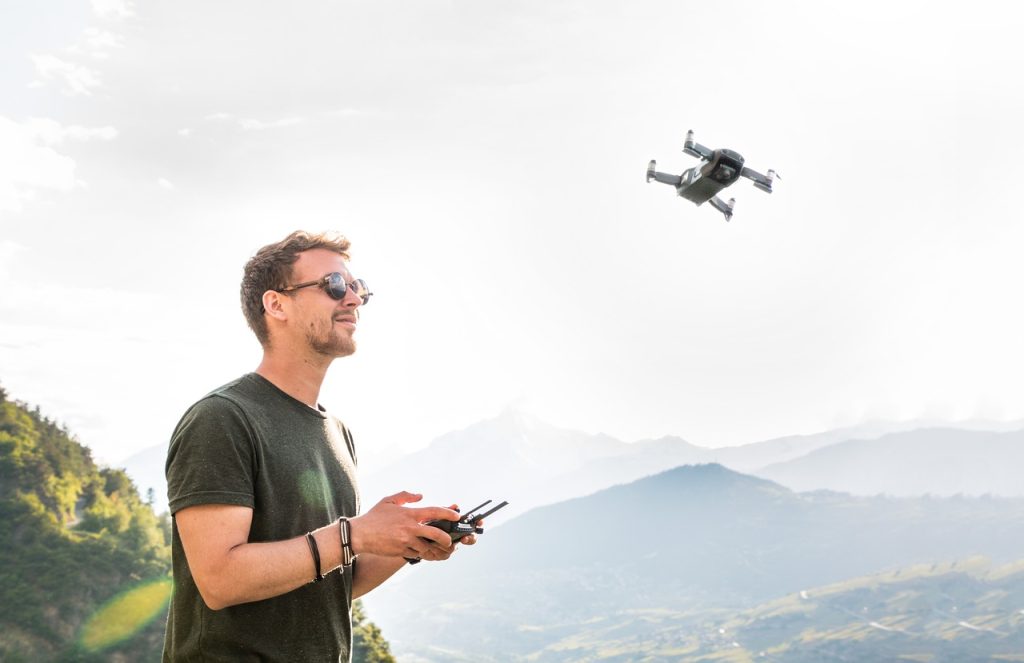 Learning About The Various Drones

Ready to fly (RTF) is the easiest drone to start with. RTF drones are the best choice for those just getting started with drones.

However, never make a mistake that “ready to fly” really means ready to fly. The fact is, some assembly is still required. For example, you need to attach rotor blades and charge batteries. Getting started with RTF drones is the easiest to do. Everything you need to get started is in the box. With that in mind, RTF drones are the most expensive because they are so user-friendly. They’re the most costly because the user doesn’t have to bother with many assemblies or any of the typical hassles with drones.

Bind and Fly stands for BNF. BNF drones don’t have a transmitter. Therefore, you’ll need to buy one separately or use the one you already have in your drone chest.

For more advanced users, BNF drones are popular. These are users who probably already have transmitters they’re comfortable with. BNF drones don’t include transmitters. So they are cheaper than the RTF models. However, more work is required to get them going and to get that wonderful footage that everyone loves.

Plug and play (PNP) is also sometimes called plug and Fly (PNF). The process may seem as though it would be an easy process, but that’s not always the case. You’ll need to know that PNP drones don’t include transmitters or receivers. You’re paying for just the drone and that can get costly with everything else you’ll need to buy.

Are drones much use without a receiver or a transmitter? The answer is – “no.” However, if this isn’t your first drone, it can be helpful to attach to the drone to a transmitter and a receiver you own already.

You don’t have to learn all new controls when you do this. Plus, often, you can get a more extended range than you might from RTF models. Furthermore, drones of this kind are usually cheaper than the above.

Almost Ready to Fly is what ARF means. Are you new to drones? It would be best if you stayed away from the more challenging drones. Frankly, their definition of “almost” is unlikely like yours. These drones need assembly. Assembly can be complicated unless you’re familiar with it. Just ask anyone who has had to deal with this situation without the necessary experience.

The ARF Drones are most popular with users who wish to race their machines because the drones allow for a substantial degree of customization. However, they’re best left with highly skilled people. First customization requires skill. Second, you don’t want to put the time into building your drone to crash it due to not being an experienced person with a drone. 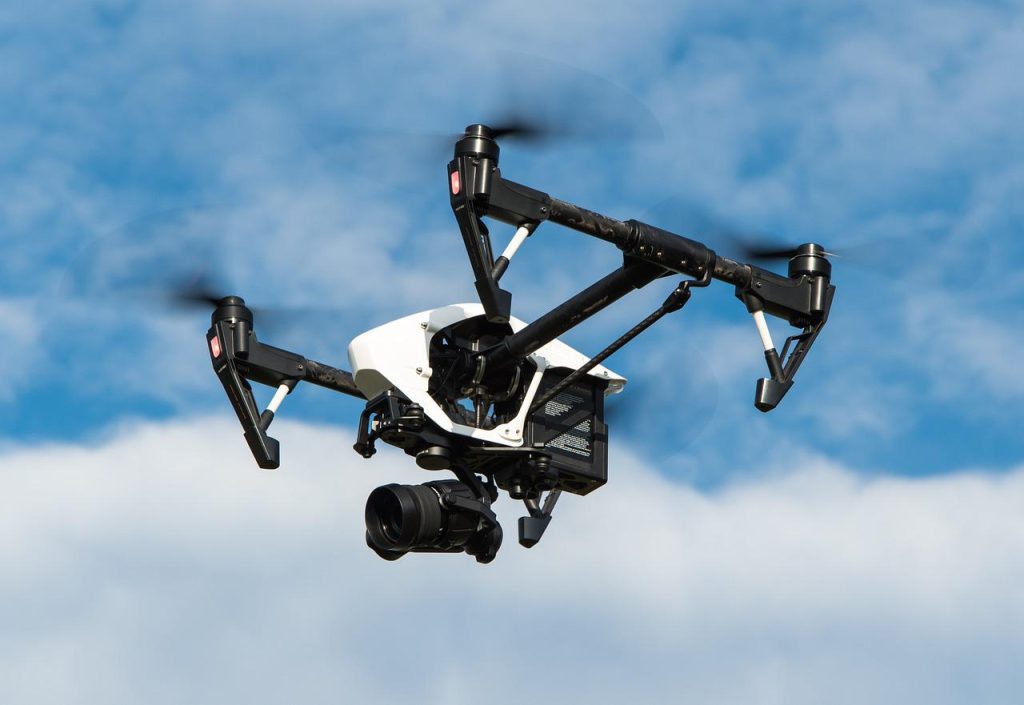 Features To Look For

The price of the machine is not going to tell you the quality, but it is going to give you an easy way of assessing the drones that are better compared to others. In most cases, the expensive drones usually fly further and longer, come with more bells and whistles, and take better images. You need to look at the specific specs if you want to make an informed decision. Below are some of the specs you need to look at.

A drone is eventually going to run out of juice, just like with smartphones. It is hard to get a drone that surpasses 30 minutes between charges, even the best models in the market. Many people just carry extra power, and if you chose to do this, then ensure you have included the cost of the spare batteries.

You might see this term a lot when going through the listings. Brushless motors usually cost more compared to brushed motors, but people prefer them because they are quieter and have a longer lifespan, which means you don’t have to replace them that often.

If you want to have the best possible quality footage, you have to look at the camera specs. Make sure you look at the video and photo resolution. Most models have a built-in camera, but some will let you attach your own camera. If you are a beginner, it is a good idea to know the best digital camera.

It can be tricky to start flying a drone, but there are some models that offer a headless mode that beginners can use. In this mode, pushing the controller a give way moves the drone in that direction relative to you instead of relative to where the joystick points.

There are more premium drone models that come with integrated GPS, and this is going to let the machine know where you are. The drone is going to find its way back home using the feature known as an RTH or return-to-home. GPS is also good because it is going to increase the general stability and navigational skills, which makes it easy for them to hover in one place easily.

The features will let the drone track you whether you are on the ground or ocean, which will let you concentrate on your kite surfing or mountain biking while the drone records your progress. There are those that are better at this than others. You should check out user reviews because it gives you the chance of seeing how well the mode is going to work in practice.

When you start checking out the more expensive drones, you will notice them having something known as an integrated gimbal. This is what will keep the camera steady as the drone moves around in elevated altitudes and high winds. The smaller toy drones don’t come with the attachment because they don’t need it since they spend most of their time at lower altitudes and indoors. Make sure you choose a drone with a gimbal if you want to get the best photos and video footage.

This is a premium feature that comes with the most expensive models. This might cost you money, but it is going to protect the drone from crashing into an obstacle like a tree. Just like with the follow-me mode, there are those that are better than this compared to others. Check out reviews to see if the drone you are considering works has this feature and it if works as advertised.

A drone range is going to tell you the distance it can cover before losing control. Professional-level drones have greater ranges and can easily go beyond the outskirts of your backyard. No matter the range of your drone, it is important to always keep in mind that the Federal Aviation Administration has rules that require you to always have an eye on the drone because the last thing you want is to damage properties, harm animals, and even humans. 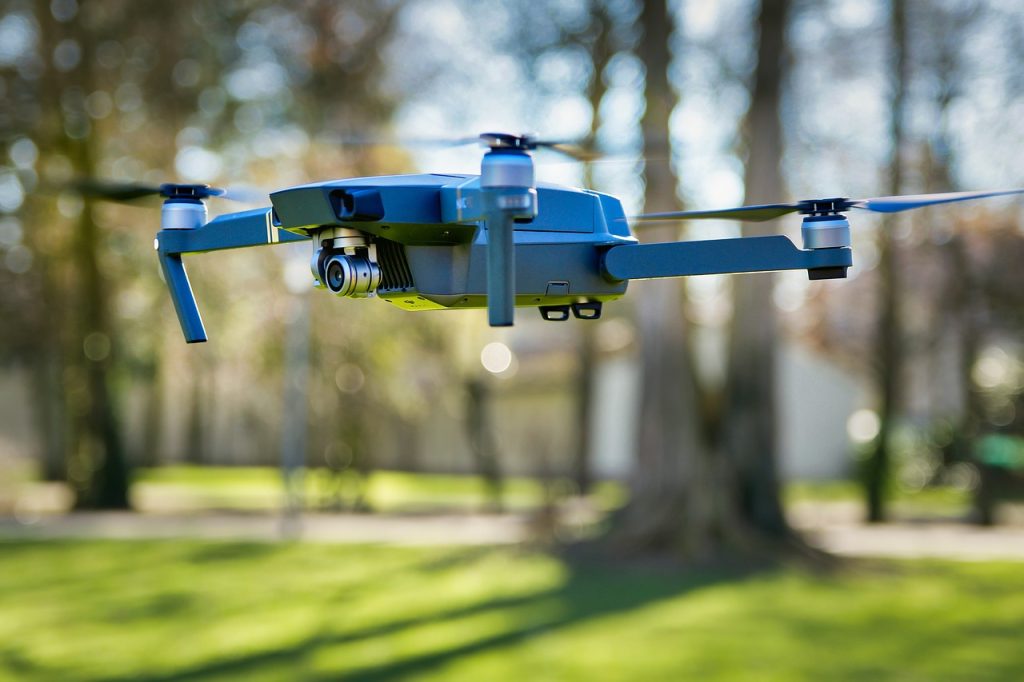 What To Consider Before Buying A Drone

Cheap Drones Are Not The Best Option For Beginners

The more expensive drones have a beginner mode which is going to restrict control range and flying speeds so that new pilots can get the chance of learning to fly them. they have multiple safety features like improved stability, obstacle avoidance detection systems, and more.

When you fly the drone in your backyard, people start thinking that you have invaded their privacy, but this isn’t always true. There are people who think that they own the airspace and the drone flying over there is an invasion of privacy, but they don’t own it at all. There are some guidelines pilots have to adhere to that have been set by the Federal Aviation Administration.

What the drones see is the same thing you can see in plain sight and be okay with it. make sure you register the drone with FAA.

No one likes having to scream at blades spinning thousands of RPM heading their way. People out there think that they are dangerous, but you think otherwise. Drone manufacturers today are working hard to introduce safety features so they can change these misleading perspectives.

Drones are coming with obstacle avoidance detection systems that will prevent the drone from crashing into objects. It is also going to provide the distance between the drone and objects to ensure it navigates around safely. Drones are becoming safer because technology is evolving. They are become even safe for kids to fly around.

It Can Be Difficult To Find Places To Fly

It can be challenging to find places to fly drones when you live in urban cities like Philadelphia, Chicago, or San Diego. This is because they are crowded areas and have regulations restricting where drones are allowed to fly. You need to do a lot of research to find places you can fly your drone.

If you are in the rural areas, then you are allowed to fly pretty anywhere you want to. If you are a tourist, traveler, or looking to visit another country with your drone, it is important to read the drone laws in those countries so you can know their regulations. Don’t assume all countries have the same laws concerning drones. There are some countries that are lax about their laws while there are some that have banned them outright. Some countries will even take your drone at the customs border.

If you own a car, you need to repair brakes, change oil, and replace worn-out tires. This is the same case for drones. The batteries need to be replaced after a couple of hundred flight cycles. You also need to keep the drone at room temperature for optimized charging.

It is important to know pre-flight inspection because that is how you make sure it is running properly. If there is something wrong with the drone, you can easily fix the problem without sending it out for repair which can take two or even more weeks. You are going to learn drone maintenance over time.

I hope this guide has been helpful and insightful. The good thing there is a lot of information out there about drones. You can check out the different options in the market and see which one meets your needs. Look at your budget and the features you need.